With the bride’s hands and arms covered with intricate henna tattoos, Sarah and Neel had a gorgeous wedding with their baby and Neel’s daughter at the very forefront of all the celebrations. A stunning mix of Indian and British traditions, their photos made us swoon with how family comes first – we find out more about their story.

How did you meet?
Neel and I met on a dating website in 2009. We went on one date and he then asked me on a second but I never got back to him because I was put off by his anorak! I then had a little social media stalk of him a few years later, which he saw and he sent me a message, which I replied to. We stayed in touch for a few years and then when we both became single and living in London he asked me on a second date in January 2016!

Tell us all about the engagement!
Six months pregnant with our daughter, I expected him to propose on our romantic trip to Paris. We had already talked about marriage and even chosen a venue! When he didn’t, I marched him down Oxford St and picked out a ring myself. When we got home, he told me that as we had already bought it, I might as well wear it!

What was your favourite thing about the wedding?
Does the hen do count? One of my best friends organised a fantastic astir trip to Majorca with some of my closest friends and our family, including my baby daughter and my step daughter. Neel was so jealous he booked a flight to come at the last minute and he made a great hen! 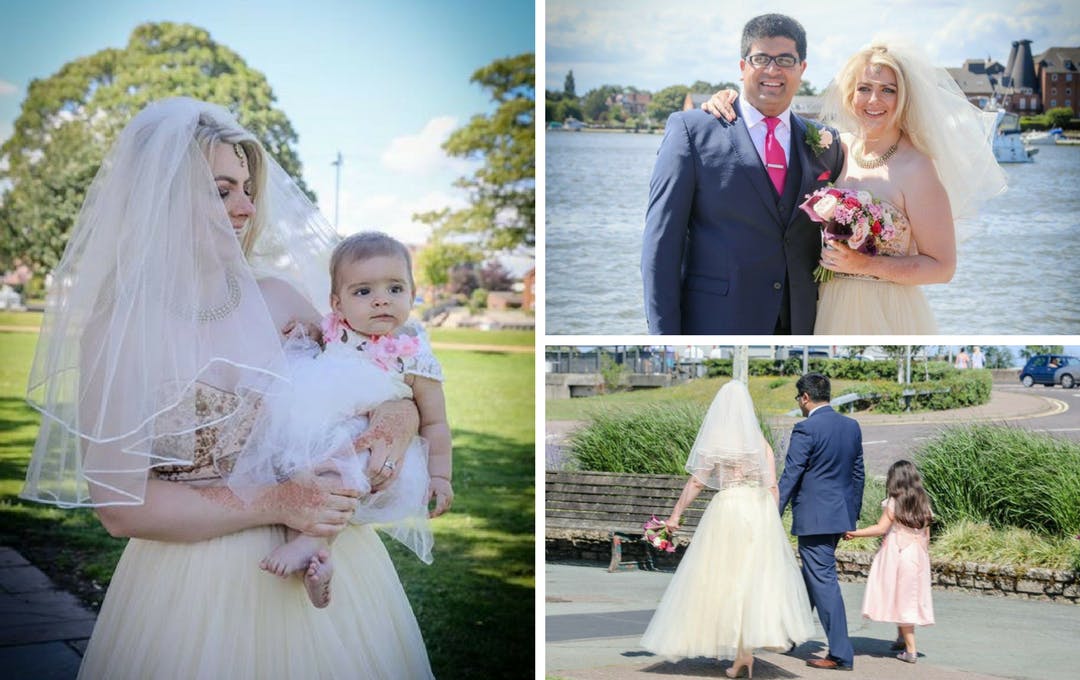 What tip would you give other couples planning their wedding?
To be relaxed, I let the suppliers take control of everything – the flowers, the balloons etc. so there was no micro managing. I wouldn’t buy an expensive cake as nobody ate ours! Also, make sure you give your DJ a specific playlist or you’ll end up with Justin Bieber!

Apart from getting married, what’s the best thing you’ve done together?
We went on a road trip to Seattle and Idaho including a day trip to Canada with our daughter who was 3 months old at the time. I’ve never been to the USA before but Neel went to university there. I saw all the sights of Seattle, went shopping in the famous American department stores and tried out all the fast food chains.

Tell us all about your honeymoon! Where did you go and what did you love about it?
We went to Puglia in Italy. We stayed a couple of days in the city of Bari and then stayed in a Trullo in a romantic, rural hotel near Alberobello. We hired a car and had lots of romantic drives around the countryside. The food was amazing! We loved our local Trullo pizzeria! We also went to a safari zoo where I was able to pet a pair of zebras who put their head in the car!

One thing we did before we got married and I’m glad we still do now is…
Weekly mega brunch in Sainsbury’s – you can’t beat it! 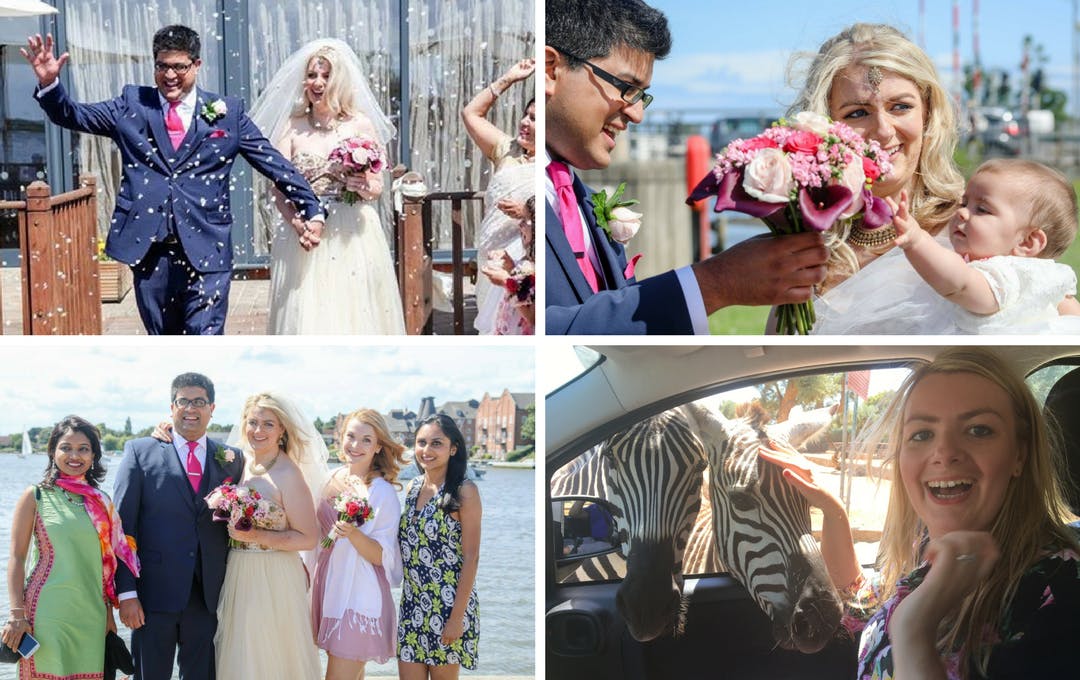 What’s your favourite feature with Prezola gift lists?
I chose Prezola because having just had a baby, money was tight so what we really wanted our guests to give us was contributions to our honeymoon but I didn’t like to ask straight out! The cards Prezola sent were subtlety included on the invites. We also were able to put a selection of physical gifts on the list so that those who preferred to give us a gift instead of cash were able to do so. We were overwhelmed with the generosity of the cash gifts we were given and so Prezola was flexible and we ended up using some of the cash gifts given to book a hot air balloon ride!

What item were you most excited to get on your gift list?
We were so excited by all the gifts – from the smaller to the biggest. Everyone was so generous! As we were able to exchange gifts then we could book the hot air balloon ride, which we are really looking forward to!

Tell us all about your Prezola delivery day!
The parcel arrived really early in the morning and I had to wait all day for Neel to come home to open them. I put the box in the middle of the dining table. I thought I knew exactly what we had been given but I was happily surprised by the beautiful cards from each gift giver. Also the wrapped presents were so beautiful with silver paper and white ribbons. My baby LOVED all the paper and the box!! 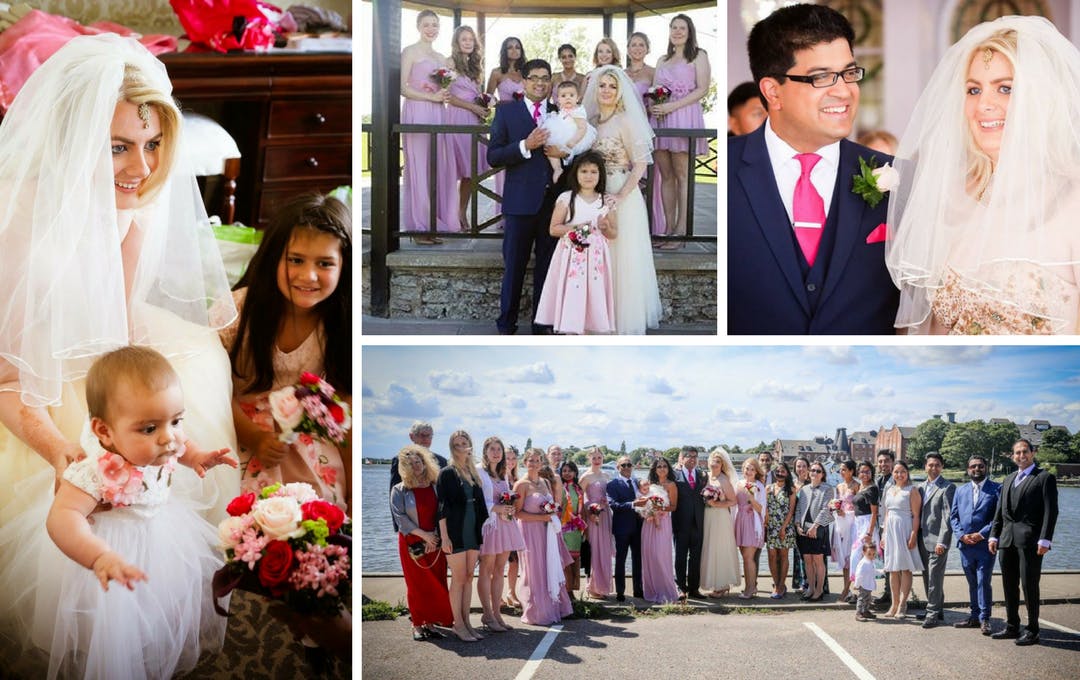 What’s the most exciting thing you’re looking forward to as a married couple?
I’m looking forward to watching baby Teddy grow as a couple and just enjoying life together. I love to plan but Neel is spontaneous and so he brings excitement to my life (and disorganisation).

What’s your favourite date activity?
With the baby, we have little opportunity for a date night but when we finally get that opportunity then we are off to the cinema (where you can’t take the baby)!

What brands on Prezola are your favourites?
I don’t have a favourite but I loved that there were so many unique and quirky things to choose from. Our Graham & Green Tiger Vase is really stunning and I’d never heard of it before! We also listed lots of Sophie Allport, which were very affordable gifts for our kitchen. We’re also very excited for our Virgin balloon flight!

How would you describe your interior style?
We don’t have one! So it’s good that Prezola only offers stylish products as you can’t go wrong! 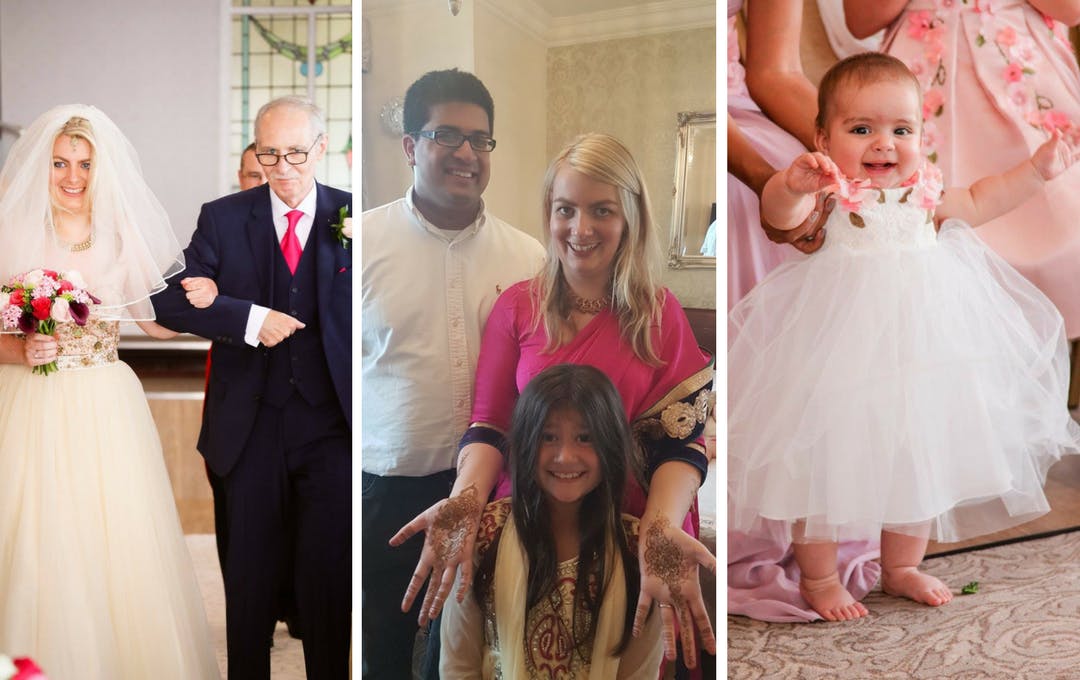 One piece of advice I’d give to future newlyweds is…
Try to enjoy the wedding day and try to steal some moments with your other half. It all goes by too fast!

We will celebrate our first year of marriage with…
Other people’s weddings! We are already invited to two weddings the week of our wedding anniversary! It’s wedding season after all.

Given the chance to redo my wedding, I would have..
Made sure that I got a picture with my mum and dad. I’m really upset that I didn’t but at least I have one with them and the baby. The day passed so fast!

What has surprised me most about being married is…
That nothing has actually changed except that I’ve got a tan from Puglia and a box full of gifts!!

Boho barn wedding with inspiring message for all couples

A celebration of cultures at vibrant ceremony in Westminster

Beautiful blooms and bold palettes at autumnal wedding in Dorset

You have picked a gift that requires direct delivery

Good news - this gift will be delivered to you directly from the supplier and standard UK delivery is already included in the price.
If your delivery is to Scotland or outside of mainland UK there may be additional charges or restrictions.

Thank you for registering your interest in Platinum by Prezola. A dedicated gift list consultant will be in touch to discuss your list.

We can let you know when this gift list is available to view. We will never share or use your email for marketing purposes.

You'll receive an email when the couple has made their gift list available to view.

Looks like something went wrong. The email you entered may not be valid and cannot be saved. Please try again or call 0800 488 0082 if the problem persists.